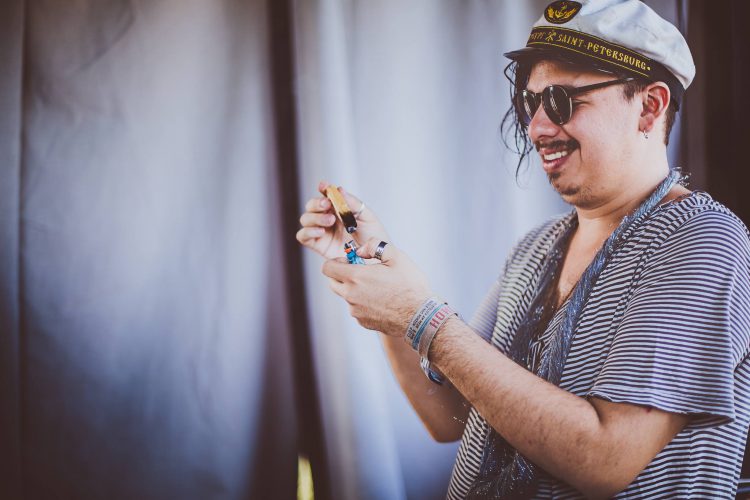 ALE CASTRO (a.k.a SLOW DISKO / RHYTHM & SUBSTANCE) is a DJ & Producer born in Argentina but at home around the globe. He has taken his music in countries like Germany, Russia, Estonia, Poland, Ukraine, Latvia, France, Croatia, Belgium, Sweden, Switzerland, Spain, Finland, Mexico, Guatemala, Colombia, Peru, Bolivia and Uruguay to name a few.

In 2013 his song ¨Stieglitz¨ becomes a hit in the underground house scene overall, making noise in the charts and sets of major global references and being included in mixes of ViVa MUSiC from Steve Lawler and forming part of Delicias Compilation released on Savor Music and mixed by Ernesto Ferreyra (Cadenza).

He recently released Love & Loops, his own label, which is released in vinyl only format, specializing in House music with great collaborations with legendary artists such as Robert Owens, and supporting new producers from all the world.

Nowadays, based in Argentina, Germany and Russia he tours around the world playing Live Sets or just DJ Sets, forming part of the artist rooster from berliner agency Spule Musik.